Love on the Road and Rockets on the Hitch

Here it is! This Wed. comix update! I’m really happy with how this one came out. It’s my favorite so far. The page I did last week was hard from a technical point because of all the fucking cars and bikes I had to draw. This page was so much more fun to draw in comparison. I worked on it all week so that I wouldn’t feel like it was a rushed job, and it doesn’t feel that way at all. I’m starting to enjoy doing these I think and starting to play around with them a bit more as I’m doing them and making them more fun to work on. 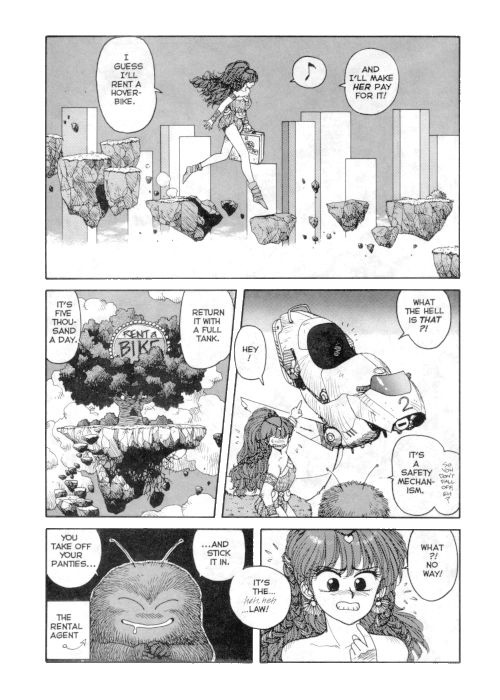 I’ve been thinking a lot lately about the comics and creators that have influenced me growing up, and sort of like Brandon Graham, who really got into Dirty Pair as a teenager because it was sexy and it’s obviously influenced him. The biggest influence I think I have as a writer and artists would have to be the Hot Tail manga and Misty Girl Extreme created by Toshiki Yui.

In this page alone here you’ve got hover bikes and cute girls, and floating islands, and weird creatures. It was almost Star Wars with sex in a way, and I was a huge Star Wars fan growing up. But it retains this tongue in cheek, humor that has stayed with me and prevails in my writing to this day. 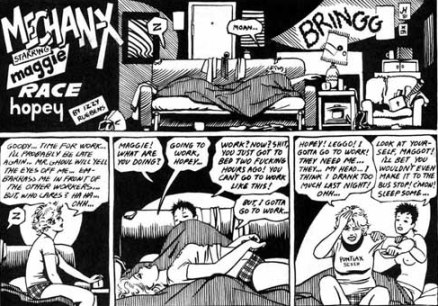 Alright, on a non-nostalgic note now. I went on a bit of a splurge of comix this week, because I didn’t have enough to read still. I think I’m good for the next 2 months now. But I went ahead and got the first volume of Love & Rockets, because the issues I had were so good.

Now buying a graphic novel is a rare thing for me to do because I typically don’t like spending that much money on just one thing, but $15 is fairly reasonable I thought so I took the dive.

The first volume is completely different from the Love & Rockets I’d been reading. I’d heard online that the books originally had stuff about working on rockets and hover bikes and that sort of stuff and it does. So I’m going to be really surprised to see how it transitions from this world to the more regular day slice of life story that comes later, or if it even does transition and I just haven’t gotten to the slice of life stuff. In any case the story telling is just as good. I’m on the letters Maggie writes to Hopey from the rain forest and I think I’m on chapter 3 of those stories. They’re pretty dense and tell so much in so little pages. They’re really great stuff. I’m enjoying learning about this characters from the beginning and seeing how this whole world started.

Finally, here is a building I saw online that I liked! 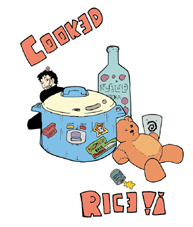